Political, legal and logistical obstacles are hindering the filling of the energy gap caused by the war in Ukraine.

The MP from the Alternative Ways for Germany (AfD) party said at a session of the German Parliament earlier this month: “If we restart the three factories that stopped working last December, the same With three plants still in operation, Germany can replace all coal imported from Russia or 30% of Russian gas.” 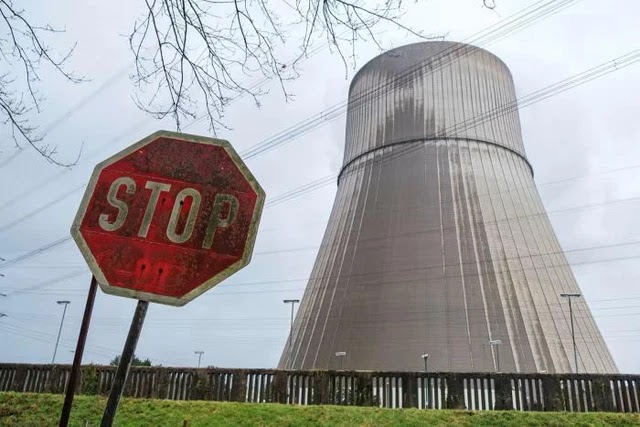 “If the world were as simple as your question, then we would have a very good life,” German Chancellor Olaf Scholz said to the MP.

However, Senator Bernhard is not alone in making this point. Germany decided to phase out nuclear power gradually after Japan’s Fukushima disaster in 2011. The reactors will eventually close at the end of the year.

But with EU sanctions already in place on Russian coal and some requiring an embargo on oil and gas, there are growing calls for nuclear power to fill the energy gaps.

The German government said it would not change its position. Germany cites technical reasons, but the biggest reason could be political, especially for the Greens who control the Economy Ministry.

Although the idea of ​​restarting a nuclear power plant is appealing to its supporters, ministers and analysts say the reality is much more complicated going back to nuclear.

Will a nuclear restart solve the current energy crisis in Germany?

Germany is particularly dependent on Russian gas for heating and manufacturing. However, nuclear power does not play much of a role. The three operating nuclear power plants, Isar 2, Emsland and Neckarwestheim 2, do not contribute much to Germany’s energy balance. They have a capacity of only 4.3 gigawatts and provide an average of about 30 terawatts per hour per year, which is 5% of Germany’s total electricity production.

Some wind farms in Germany have even more capacity than 4.3 gigawatts, a German official said.

Besides, legal difficulties in extending the operating life of the plant is also a barrier. Any decision requires a comprehensive risk assessment. According to the government, the risks associated with nuclear energy are increasing day by day.

The infrastructure of nuclear power plants is facing dangerous cyber attacks. The war in Ukraine with Russian forces firing at the Zaporizhzhia nuclear power plant and the interruption of power supply to the Chernobyl plant illustrates the risks that nuclear energy faces.

Moreover, nuclear power plants also need fuel supplies. The government says the current three plants only have enough new uranium fuel rods to operate until the end of the year.

According to Eurostat, the new fuel rods will take 12-15 months to produce and will not be ready until the summer of 2023 at the earliest. Russia is also the second largest supplier of uranium to EU nuclear plants.

What is the company’s position on extending the operating life of factories?

The companies have made it clear that they do not want to continue developing nuclear power plants. Frank Mastiaux, CEO of EnBW, which operates Neckarwestheim 2, told the FT that it is not possible to extend the life of the plant beyond just a few weeks. Furthermore, they do not have a legal framework to operate the plant in 2023. This is beyond their control.

Eon, the company that operates the Isar 2, has a similar view. CEO Leo Birnbaum said: “Nuclear has no future in Germany. That is too emotional. The law and opinion will not change.”