The spike in fuel and food prices due to the conflict in Ukraine has exacerbated the economic problems of the South Asian country, which has been hard hit by the pandemic.

Nepal does not have strong economic ties with Russia or Ukraine, but the conflict between the two nations has devastated its already fragile economy.

Nepal’s economy has weakened as the pandemic takes its toll on the tourism industry, reducing remittances, widening trade deficits and dwindling foreign exchange reserves. Now fuel and food prices have skyrocketed due to the conflict, dealing another blow to the country’s economy. 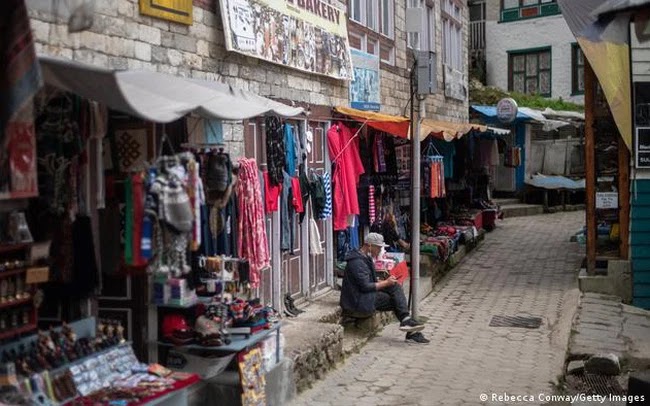 Roshee Lamichhane, assistant professor at Kathmandu University, said that even before the war, Nepal’s financial health was unstable. Lamichhane points to a decline in tourist arrivals and foreign investment, among other problems. “And the ongoing conflict has exacerbated the situation,” she told DW.

Is Nepal in an economic crisis?

The Himalayan country of 29 million people lies between two giants, China and India. Nepal relies solely on imports to meet its fuel needs. As crude oil prices soared across the globe, the Nepal Petroleum Corporation, the state-owned oil monopoly, was forced to raise the prices of petroleum products.

Prices of other commodities such as food, soybeans, palm oil and iron also increased. The lives of many Nepalis fell into serious difficulty.

Inflation as measured by the annual consumer price index rose to 7.1% in mid-March, a five-year high and above the 5.18% average over the past three years.

Rising import prices and bills have adversely affected the trade deficit and the value of the country’s currency, raising concerns about a balance of payments crisis. This situation occurs when a country is unable to pay for its imports or services in a foreign debt.

The trade deficit increased 34.5% year-on-year to 1.16 trillion Nepalese rupees ($9.5 billion or €8.8 billion) in the first eight months of the fiscal year due to rising import costs.

According to Reuters, Nepal’s total foreign exchange reserves fell to $9.75 billion in mid-February, down 17% from mid-July 2021, when the country’s fiscal year began. Current reserves are estimated to be enough to support imports for about 6 months.

Meanwhile, data from the central bank showed that remittances from abroad, which account for about a quarter of Nepal’s GDP, fell 5.8 percent to $4.53 billion between mid-July 2021 and mid-January. February 2022. Nepal is the 5th most remittance-dependent economy in the world. There are an estimated 3-4 million Nepalese migrants working globally.

In an effort to save foreign currency reserves, authorities this month imposed restrictions on imports of luxury goods such as cars, gold and cosmetics.

But Lamichhane is skeptical about the long-term effectiveness of the move. “This can be useful to improve foreign reserves in the short term. But this is not a sustainable way to solve the problem,” she said. She also added that the country needs to increase local production and trade.

Officials say Nepal’s 7% GDP growth target for the fiscal year to mid-July will likely not be met.

Govind Raj Pokharel, former Vice Chairman of the National Planning Commission, told DW: “The current problems are the cumulative result of our inability to invest in wealth creation. Since then During economic reforms in the early 1990s, successive governments did not invest in wealth creation, relying instead on easy remittance flows and import taxes to run the economy.

Can Nepal be compared with the chaotic situation of Sri Lanka?

Nepal’s economic troubles have been weighed against that of Sri Lanka, which recently declared default on its debt.

The island nation of 22 million people has declared itself unable to pay its billions of dollars of foreign debt in the face of the worst economic crisis in its history. A series of protests broke out calling for the resignation of President Gotabaya Rajapaksa.

“The situation is still manageable if we receive a little more remittances and welcome more foreign tourists, and if we can increase exports and local production,” he stressed.